There are a number of reasons married couples make the decision to separate. Whatever the reason, if you and your spouse are considering legal separation as a temporary measure or a permanent living arrangement, it is important to engage the services of a knowledgeable family law attorney who will guide you through the process as smoothly and amicably as possible when creating marital separation agreements.

Sometimes, the separation is a trial period during a troubled time in the marriage to allow both spouses time to re-evaluate the path they intend to take. Sometimes it is simply a time-out, a cooling down period to protect themselves and their children from escalating tensions. There are also times when separation is an alternative to the finality of divorce because one or both parties oppose divorce on religious or moral grounds. In addition, there are practical reasons for couples who are no longer intimately tied to remain legally married, such as maintaining health or military spouse benefits or continuing to share a household or other property.

MacKay & Martin, LLP is a superior team of family law attorneys known for our compassionate, individualized approach to each case as well as for our legal talents. Located in Los Angeles, we have well-satisfied clients throughout the surrounding area and would like nothing more than to make you one of them.

California laws provide for legal separation during which a couple can divide their debts and assets without severing marital ties. While each party is free to live a distinct life from the other during a legal separation, some couples choose, for financial or logistical reasons, to remain in the same home.

If the couple has children, each spouse retains equal parental rights during a separation unless a family court has issued a contradictory order. This means that during the separation, parental supervision is typically shared, sometimes more or less as it has been shared during the marriage and sometimes according to new guidelines worked out in the separation agreement.

While many separated parents agree on joint physical custody, either parent can file a petition for physical child custody and support and request that the court assign one parent as the custodial parent and the other as the noncustodial parent with visitation (parenting) rights. In such cases, if the parents cannot agree on the terms of custody and visitation, a judge will decide physical custody by taking into account the best interests and unique needs of the child.

Legal custody does not concern where the child lives, but rather which parent is responsible for making decisions regarding the child's medical care, education, and religion. In the majority of cases, the couple or the court agrees that both parents retain legal custody of the child unless there are exceptional circumstances at play.

Many people labor under the misconception that a couple must legally separate before obtaining a divorce in California, but this is not the case. A legal separation is an alternative, not a required precursor, to a divorce decree.

The process of separation in California mirrors the process of divorce in that no blame need be assigned to either spouse. Like divorces, legal separations are most often granted on the basis of “irreconcilable differences.”

Because legal separations have neither the 6-month state residency requirement nor the 3-month county residency requirement of divorces, couples sometimes choose separation so they can begin the process more efficiently. Also, legal separations don't require the waiting period that divorces do, so spouses can obtain a Judgment of Legal Separation much more quickly than a Judgment of Dissolution of Marriage.

In California, legal separations cover the same basic issues as divorces. At times the parents may end up following more or less the same arrangements they have made during the marriage which will obviously involve fewer areas of dispute and fewer stressors for all concerned. Take note, however, that while under a judgment of legal separation, you are still legally married to your spouse.

There are a number of reasons separated parents feel the need or desire to relocate. When there are children involved, this becomes a matter of complexity and, at times, serious dispute. Under California law, a parent who intends to move away with a child for more than 30 days must provide written notice at least 45 days before the proposed move.

Whether you have sole or joint custody of your child or are a noncustodial parent, you should consult with MacKay & Martin before you make plans to move after a separation. You should also contact us if you have received notification that your separated spouse is contemplating such a move. We will protect you and your child and clarify your options.

We have an in-depth understanding of how difficult it is to participate in the separation of your family. We promise you, though, that when you come to our office for a consultation you will leave feeling more confident and less overwhelmed than you did when you entered. We have been through such challenges with many families and have formulated creative strategies to promote diplomatic resolutions. More than that, we are absolutely dedicated to making the process of separation less a battle to be fought and more a problem to be solved. The sooner you schedule a consultation, the sooner we can help you and your loved ones settle into your newly defined lifestyle with a sense of ease, looking forward to a more peaceful future. 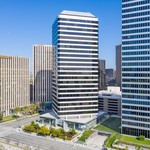